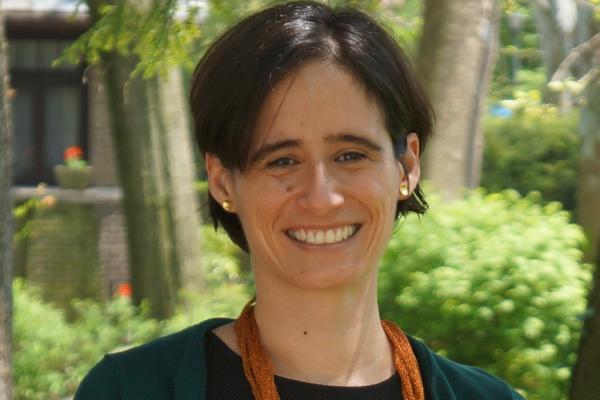 Recently, Associate Professor of Political Science Dr. Inés Valdez was awarded the 2020 Sussex International Theory Prize for her book Transnational Cosmopolitanism: Kant, Du Bois, and Justice as a Political Craft (Cambridge University Press, 2019). Read what the Prize Committee for the award wrote about her work, featured below:

"Transnational Cosmopolitanism advances a radically reoriented theory of cosmopolitanism, making a powerful intervention into one of the most pressing issues in contemporary critical international political theory: how to deal with the (epistemic) racism intrinsic to much of the Western canon. Offering a carefully re-contextualized reading of Kant’s influential ideas about colonial conflict and world peace, the book demonstrates that his theory of cosmopolitanism is ill-suited to address the global injustices of the colonial present. While neo-Kantians reject Kant’s epistemological and ontological commitments to hierarchies of the human, Inés Valdez meticulously unearths how problematic assumptions about the West and progress towards peace bleed into contemporary theories of cosmopolitanism and limit their potential for tackling racism and imperialism as central forms of present day global injustice. A vital contribution to scholarship on global justice, International Relations and Critical Race Theory, Transnational Cosmopolitanism not only offers an excavation of racist and Eurocentric thought, it reads Kant ‘disloyally’, turning to alternative intellectual resources beyond the Western canon. Valdez fruitfully positions W.E.B. Du Bois as a global thinker and an interlocutor in the political thought of cosmopolitanism, drawing on both his neglected anti-colonial writings and what she refers to as his political craft, such as his involvement in the 1919 Pan-African Congress in Paris. The book directs our attention to transnational horizontal coalitions of people subject/ed to racist-colonial power and the ways in which they contest global injustices and imagine global politics otherwise. Charting new paths for creative, exegetically disloyal modes of reading that can radically reorient our normative priorities and ground our theorizing in concrete experiences of oppression and political practices of the struggle against it, Transnational Cosmopolitanism offers the kind of radical analysis and cutting-edge theoretical innovation that the Sussex Centre for Advanced International Theory seeks to promote."

The Department of Political Science is proud to congratulate Dr. Valdez on receiving this prestigious award!