Pi Sigma Alpha, founded in 1920 at the University of Texas at Austin, is the only national Political Science honor society organized under the auspices of the American Political Science Association. Our chapter, the Omicron chapter, was organized in 1923. It was the 15th chapter to organize nationally and is the oldest chapter in Ohio. To date, Pi Sigma Alpha has inducted nearly 2,000 Ohio State students.

Membership in Pi Sigma Alpha is by invitation only to those majors who have met the following standards: a 3.3 cumulative GPA; a 3.5 GPA in their major course work. They must have completed at least 61 credit hours toward their degree, with at least half of the major completed and at least five advanced courses. 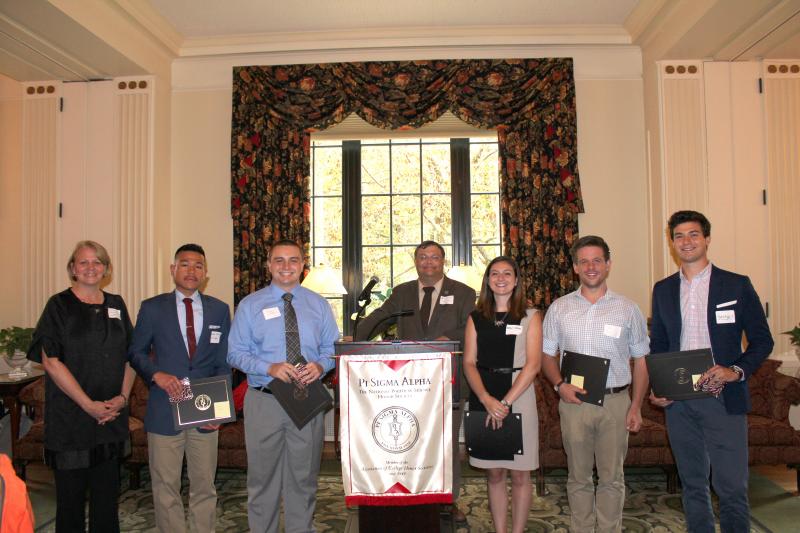 The following students were inducted into Pi Sigma Alpha in Spring 2018:

For more information about Pi Sigma Alpha, visit the Pi Sigma Alpha website or contact Charles Smith in the Department of Political Science.