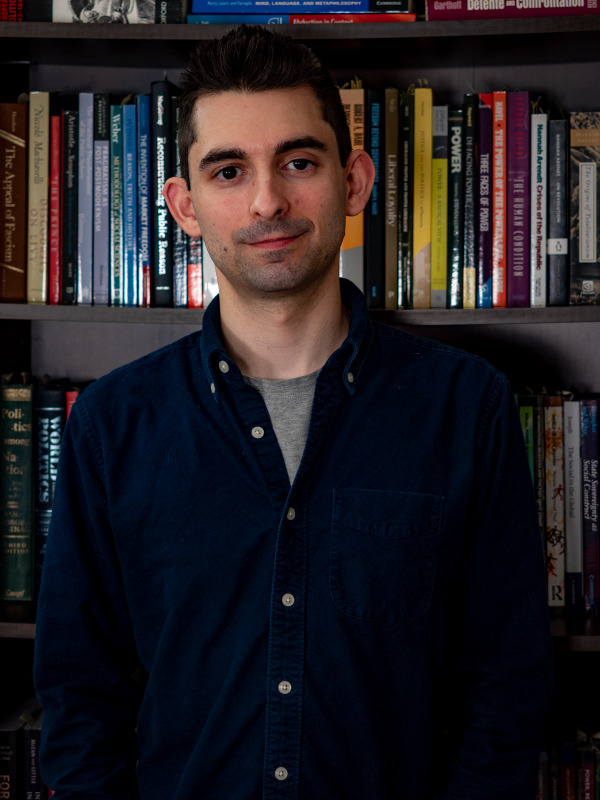 Erik Wisniewski is a PhD Candidate in Political Science at The Ohio State University, specializing in International Relations (IR) theory and Political Theory. His interests span a wide range including topics in international order, change and evolution in the international system, as well as topics in social ontology, philosophy of science, and the sociology of knowledge.

Erik is currently working on his dissertation project which examines how the Digital Revolution has affected areas of enduring concern for IR scholars and foreign policy practitioners across an array of issue areas. His project develops a theory of how the Digital Revolution has altered the process of political communication in liberal democracies in three crucial ways, leading to increased political polarization. The theory then traces consequences of these effects to the international level, detailing how illiberal revisionist states use new digital strategies as a powerful way to challenge the current liberal international order. Finally, his project highlights the strong challenges that the Digital Revolution's effects will pose, both to the US-led liberal international order specifically, and the prospect for strong international institutions in general.

Erik's work has appeared in Theoria: A Journal of Social and Political Theory. Erik was formerly the graduate assistant at the Program for the Study of Realist Foreign Policy, at the Mershon Center for International Security Studies.

Erik's CV can be found here.

For more information, Erik's personal website can be found here.