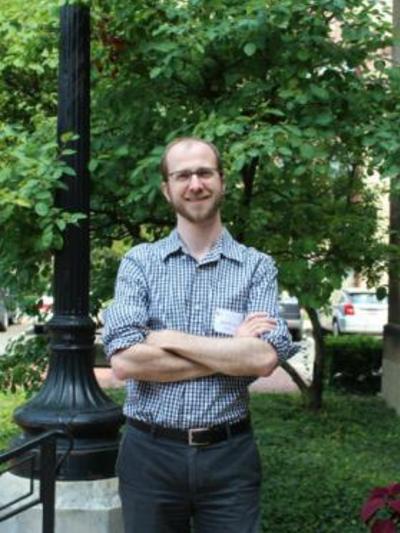 Benjamin McKean is a political theorist whose research concerns global justice, populism, and the relationship between theory and practice. His research has been published in American Political Science Review, Political Theory, Journal of Politics, Critical Review of International Social and Political Philosophy, and elsewhere. His book Disorienting Neoliberalism: Global Justice and the Outer Limit of Freedom (Oxford University Press, 2020) argues that people subject to unjust institutions and practices should be disposed to solidarity with the others who are also subject to them, even when those relations cross state borders. A neoliberal global economy characterized by inequality, financialization, and transnational supply chains creates a widely shared interest in resisting injustice, grounded in the way that existing institutions impair freedom. Identifying this interest as the basis for solidarity provides a new perspective not only on the possibility of achieving global justice, but on the nature and limits of contemporary egalitarian liberalism. He is also at work on a second book project tentatively titled Political Freedom and Resentment about the relationship between democracy and populism. Before coming to Ohio State, he received his PhD from the Princeton University Department of Politics and was a Harper-Schmidt Fellow in the Society of Fellows in the Liberal Arts at the University of Chicago.

"What Makes a Utopia Inconvenient? On the Advantages and Disadvantages of a Realist Orientation to Politics" American Political Science Review Volume 110, Issue 4 (November 2016): 876-888
https://www.cambridge.org/core/journals/american-political-science-review/article/div-classtitlewhat-makes-a-utopia-inconvenient-on-the-advantages-and-disadvantages-of-a-realist-orientation-to-politicsdiv/642E576C82E942C8218916B1F2B2CB67

"Ideal Theory After Auschwitz? The Practical Uses and Ideological Buses of Political Theory as Reconciliation" Journal of Politics (forthcoming) http://www.journals.uchicago.edu/doi/abs/10.1086/692589

Selected Writing for a Popular Audience

"Is it possible to have populism without racism?" The Monkey Cage
https://www.washingtonpost.com/news/monkey-cage/wp/2016/05/18/is-it-possible-to-have-populism-without-racism/?utm_term=.0777ac75c10a

“’Blood Money’ and Mass Membership” on understanding the NRA as a social movement in Jacobin Magazine Februrary 20th, 2018 https://jacobinmag.com/2018/02/national-rifle-association-members-florida-school-shooting

“A Venezuela of the North?” in the blog of Democracy: A Journal of Ideas October 19th, 2017; https://democracyjournal.org/arguments/a-venezuela-of-the-west/