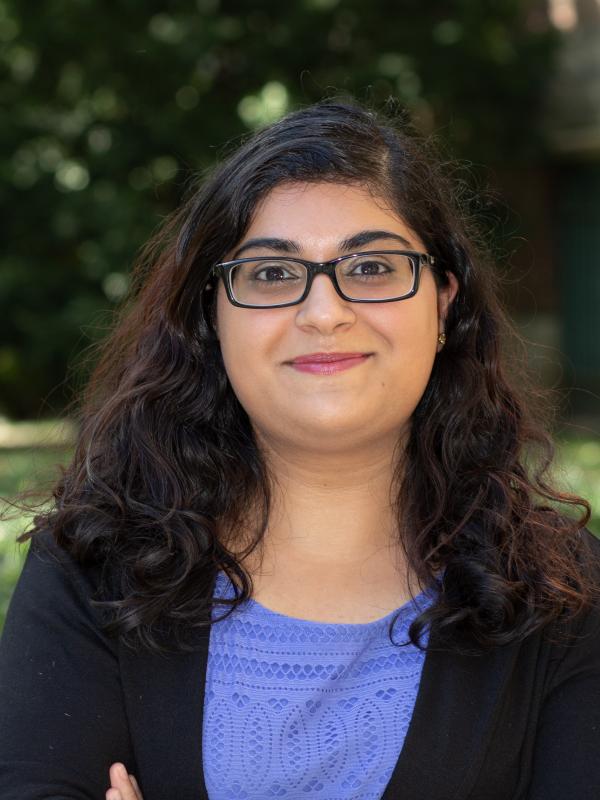 Maryum Alam is a political science PhD student specializing in international relations and political methodology. Maryum’s research focuses on the relationship between mechanisms of inter-state and intra-state conflict and its implications for the study of international security and foreign policy more broadly. More specifically, she is interested in the how international structures such as rivalry and alliances enable conflict behavior at varying levels of analysis. Her current work examines the relationship between alliances and proxy wars and the role Great Powers play in mitigating or intensifying international involvement in civil wars. Other ongoing projects include analyzing covert foreign policy behavior such as state-sponsored insurgency in the Middle East and South Asia, interdependence across rivalry-dyads, and the rising costs of inter-state conflict escalation. Her methodological interests include causal inference using qualitative and quantitative data, formal theory, and network analysis. She has conducted archival research in Pakistan, India, the US National Archives, and at the US National Security Archives. Her work has been presented at ISA, the international security studies section of the ISA (ISA-ISSS), MPSA, IQMR, and APSA. Her paper “State-Sponsored Insurgency as a Two-level Game” presented at APSA 2018 was awarded the Best Graduate Student Paper in the Foreign Policy Section.

Before coming to Ohio State, Maryum earned her MA in Political Science from Indiana University in 2018 and her BA in Political Science and Biology (with high honors) from Hofstra University in 2016. Her undergraduate thesis “When Does Counterinsurgency Work?” won the Best Undergraduate Thesis Award from Pi Sigma Alpha in 2016. She is from Long Island, NY.