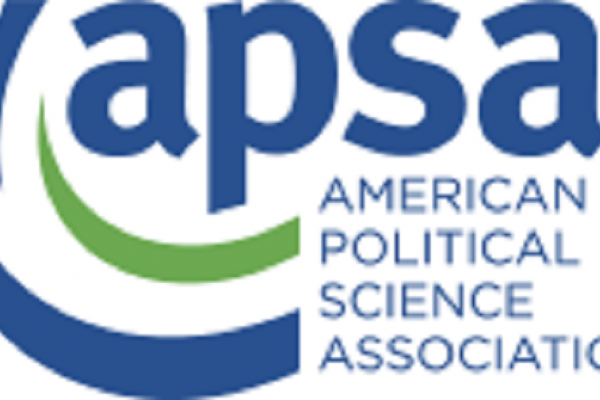 The APSA Diversity Fellowship Program (formerly known as the APSA Minority Fellowship Program or MFP) is a fellowship competition for individuals from underrepresented backgrounds applying to or in the early stages of doctoral programs in political science. The DFP was established in 1969 as the Black Graduate Student Fellowship to increase the number of African American graduate students in the discipline. In 1979, the Chicano Student Fellowship was established. Over time, the fellowship program evolved into the Minority Fellowship Program (MFP), expanding to include support for all scholars from traditionally underrepresented racial and ethnic backgrounds. As of Fall 2020, the program was renamed to the APSA Diversity Fellowship Program to better mirror language that reflects, encourages, and uplifts aspiring scholars of color and to acknowledge the current and projected demographic shifts in racial and ethnic populations in the US.

Since its inception, the APSA DFP has designated more than 600 fellows and contributed to the successful completion of doctoral political science programs for over 100 individuals.

The following students were named as 2021-2022 APSA Diversity Fellowship Program recipients during the spring 2021 application cycle.

Ra'phael Davis is a first-year PhD student in the department of political science at The Ohio State University. He graduated with a BA in Philosophy and International Studies from the University of Arkansas at Little Rock. Before coming to graduate school, he worked as a Program Officer in the Global Ties network, facilitating diplomatic exchanges between citizens of the U.S. and other countries around the world. He serves as the Vice President to the Black Graduate and Professional Student and Caucus and a member of the Graduate Student Committee for his cohort in the department of political science. His research interests are in comparative politics with a focus on peacebuilding, political reconciliation, and African politics. He is currently working on projects about transitional justice and conflict recurrence, and the ways in which civil society activists engage in the politics of reconciliation. After completing his PhD, Ra’phael wants to have a career in academia.

José O. Pérez is a PhD student in political science at The Ohio State University. Pérez graduated from the University of Florida with degrees in political science and Latin American studies, where he conducted research on social movement protests in Brazil through the Ronald McNair Scholars program. Pérez also holds a master’s in international strategic studies from the Federal University of Rio Grande do Sul in Porto Alegre, Brazil, where he researched Cuban-Brazilian international public health initiatives. Prior to graduate school, he also completed a Fulbright English Teaching Assistant Grant in Brazil. As a PhD student, Pérez studies international relations and comparative politics, with a focus on the role of race and gender in Latin American international politics. Currently, Pérez is developing his dissertation project that will explore the response of Latin American governments to the recent arrival of Venezuelan refugees, specifically the impact of refugee resettlements on public policies and security. Pérez aims to conduct fieldwork to understand these processes more deeply, and then pursue a position in academia to continue his research on South-South migration and Latin American politics.

Natalie W. Romeri-Lewis is a PhD student at The Ohio State University where she researches the intersection of human rights, law, institutional design, and international organizations. She approaches conflict and transitional justice with a cross-cutting focus on women and ethnic and racial minorities. Her current project examines how post-conflict and post-authoritarian countries investigate and document human rights abuses and who crafts which kinds of remedies, historical memory, truth claims, and narratives. In addition to analyzing domestic violence laws, Natalie examines knowledge production and feminist security studies. From 2021-2022, she will support a peace-reconciliation-development project in Colombia through the Mershon Center for Security Studies. Following graduation, Natalie plans to become a tenured professor and lead research labs on women and justice-related remedies.

After co-founding a non-profit, Natalie worked as a lawyer, international consultant, and senior project associate at the WomanStats Project. For seven years, she designed and taught courses on international development, human rights, and the women-peace-security movement at Brigham Young University. As part of UNICEF and Department of Defense research grants, Natalie trained others to collect and analyze data on the status and human rights of women and children. She has a BA, MSc in applied international development, JD, and certificates in mediation and humanitarian emergencies.