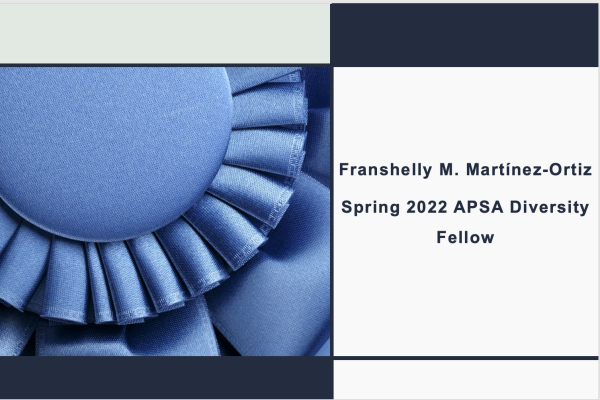 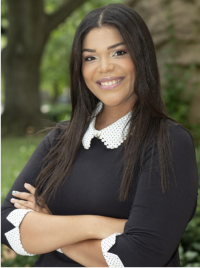 According to the APSA website, "The APSA Diversity Fellowship Program (formerly known as the APSA Minority Fellowship Program or MFP) is a fellowship competition for individuals from underrepresented backgrounds applying to or in the early stages of doctoral programs in political science. Since its inception, the APSA DFP has designated more than 600 fellows and contributed to the successful completion of doctoral political science programs for over 100 individuals."

Prior to joining OSU, Martínez-Ortiz obtained a bachelor’s degree in Political Science, focused on Comparative Politics from University of Puerto Rico at Rio Piedras. After obtaining her PhD degree, Martínez-Ortiz aims to pursue a career in the academia and serve as a mentor for other first-generation latinxs scholars.