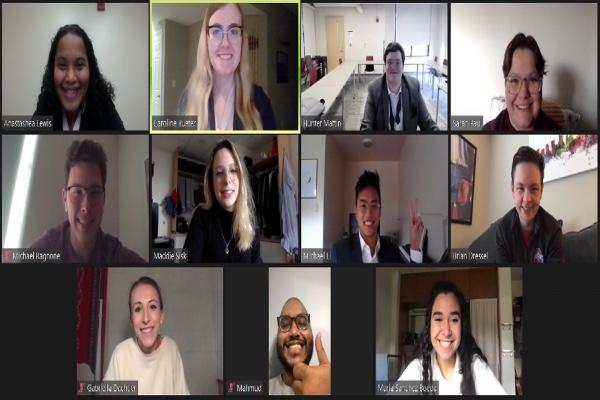 The Mock Trial team, an undergraduate student organization within the Department of Political Science, is well underway with its Fall 2020 season. Read the tournament-by-tournament update on their record below. Congratulations to all students who are members of Mock Trial!

To finish out our fall semester, they will be sending two of teams to the Yale Invitational and one team to the University of Virginia's Great American Mock Trial Invitational (GAMTI), touted as the most competitive tournament of the season.