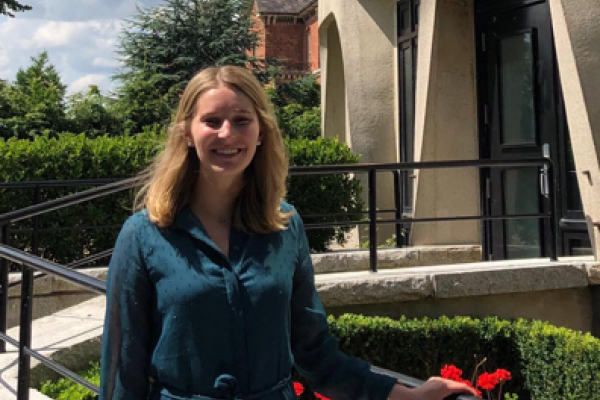 This summer I was fortunate enough to intern with the Department of State at the US Embassy in Dublin as a Public Affairs Intern.

The Public Affairs Section is an exciting and dynamic place to intern- every week is different depending on the Embassy’s events and current events affecting the Irish-American relationship. I drafted speeches and briefing documents for the Ambassador and Charge de Affairs to speak at various events they attended; and I also worked on the Section’s grants and cultural exchange programs.

The second week of my internship, I was in Limerick for President Trump’s visit to Ireland. I was tasked with staffing the Press Filing Center, where members of the press were stationed during the visit to shoot broadcasts of footage and report stories. Presidential visits are unlike anything I’ve ever seen — the amount of manpower and resources they require are remarkable, and I was grateful to see a small part of one. 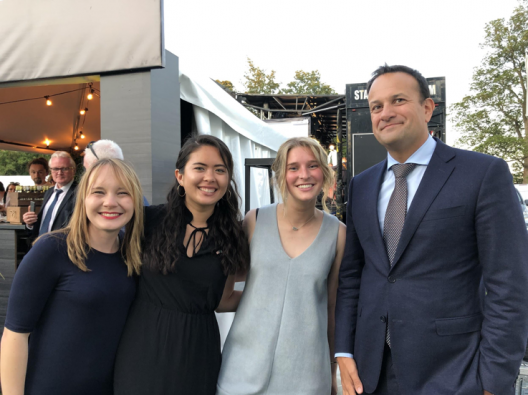 The primary event I contributed to was the Embassy’s annual Independence Day Celebration, held at the Ambassador’s residence in the Phoenix Park. The event is sponsored by American and Irish companies, and I corresponded with various businesses in the lead up to the event. This year’s celebration was special because it marked the newly confirmed Ambassador Edward Crawford’s arrival in Ireland. The Taoiseach (Prime Minister) of Ireland welcomed Ambassador Crawford by speaking about the rich history of the Irish-American relationship during the event.

Another exciting event during my time at the Embassy was the commemoration of the fiftieth anniversary of the moon landing. The Public Affairs Section hosted astronaut Cady Coleman, and I served as her ‘handler’ for a portion of the visit - I met her at the airport and briefed her on the various press and public events that she was speaking at. The Embassy hosted a screening of the Apollo 11 documentary where Cady spoke afterwards and provided context to the audience saw in the film. It was interesting to see how people young and old are inspired by astronauts and space exploration.

Abi is a senior at Ohio State.