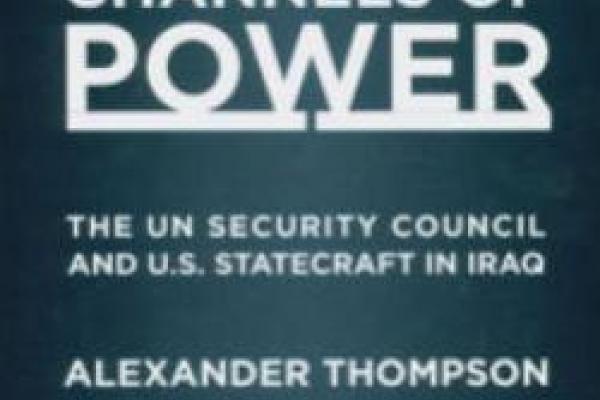 Dr. Alexander Thompson recently received the 2012 J. David Singer Book Award, given jointly by the International Studies Association and the International Studies Association Midwest Region.  The award was given for Thompson’s book Channels of Power: The UN Security Council and U.S. Statecraft in Iraq (Cornell).   This award is given every other year to the author of an outstanding book published in the previous three years.

In Channels of Power, Dr. Thompson surveys U.S. policy toward Iraq, starting with the Gulf War, continuing through the interwar years of sanctions and coercive disarmament, and concluding with the 2003 invasion and its long aftermath. He offers a framework for understanding why powerful states often work through international organizations when conducting coercive policies-and why they sometimes choose instead to work alone or with ad hoc coalitions. The conventional wisdom holds that because having legitimacy for their actions is important for normative reasons, states seek multilateral approval.

Dr. Thompson is an Associate Professor in the Department of Political Science.  During the 2012-2013 school year, Dr. Thompson will be teaching POLITSC 4331: The United Nations System, POLITSC 7334: International Organization: Rationalist Approaches, and POLITSC 1300: Global Politics.