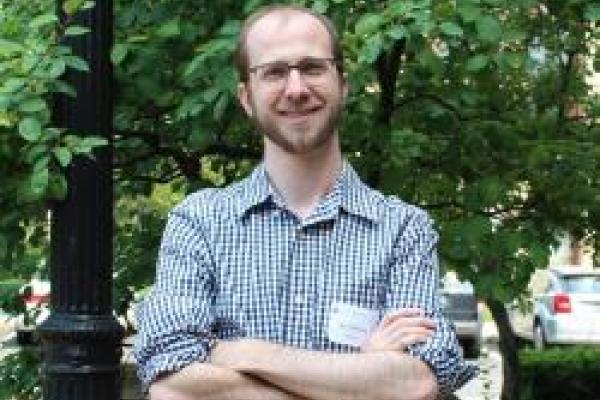 Professor McKean’s undergraduate career ended up having significant influence on where he is now as a new professor in the department of political science.  He began his interest in politics while he was participating in various student organizations as an undergrad and realized how important it was to ask critical questions about what he was doing and why it was important.  He became a social studies major due to the influence of a great teacher he had in high school who taught challenging texts and allowed him to learn about the basics of political theory.

Professor McKean worked as a labor organizer in DC for a few years but he found that once he was out of college he really missed critical thinking.  He wanted to make time in his life to study and think more and read more critical texts which ultimately drew him towards receiving his PhD from Princeton University. He believes that Political Theory is an important field because it contributes to thinking critically and rigorously about questions in everyday life.  We see government in action all the time but it is important to ask what is the significance of government and what do we expect it to do for us?

Professor McKean’s specific research focuses on individual obligations to respond to international injustice.  He looks at questions such as: why does it matter to me that people in Bangladesh die in a factory making my clothes?  And what if anything should I do about it? What would allow for political justice?

What makes teaching fun for him is trying to achieve contradictions in the classroom.  He wants to make difficult texts accessibly and hopefully help the students realize that there are thousands of years of work of people thinking about these issues and so many different opinions.  He wants students to see how these old texts are relevant and useful to today’s problems.  But he also wants students to take the time to think.  It’s hard to think critically and rigorously, but it is incredibly enriching and beneficial.

Professor McKean encourages students who are skeptical to give political theory a shot.  He believes that they will be able to see how the concepts can be useful to them in their everyday lives.