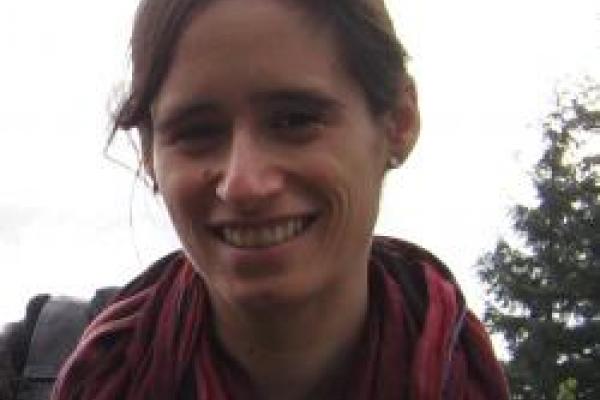 Professor Valdez never imagined herself ending up as a political scientist, but growing up in two countries where political issues were salient she found it to be a large part of her life.  Valdez was born in Peru and lived there until she was 11 and then moved to Argentina with her family living there until she left to get her PhD.  She went to school initially to study economics, but ultimately decided she wanted to get her PhD in Political Science.  She came to her PhD program interested in Latin American politics since that is where she was from but she came to the states in 2002 when immigration was a prominent political topic. She found herself drawn to those issues as an immigrant herself and decided she wanted to study immigration from a normative perspective.

When asked what that meant Professor Valdez explained that Political Science as a field is supposed to be inherently judgment free.  She was interested in Political Theory because she wanted to study the process, but also what immigration policy would ideally look like.  She wanted to find answers to the questions: what is the best way to do this and how could this process be better?

This year Professor Valdez will be using her background in Political Theory to teach courses covering feminist theory, human rights, and immigration politics through film.  She has taught at Chapel Hill and Elon and also at universities in Buenos Aires and Berlin. She said each place was a different experience and each class she has taught has a certain vibe so she is excited to see where OSU students will fit in.  She loves teaching and is excited to be back in the classroom after focusing on her research for the past four years.  Professor Valdez explained that she is dedicated to creating a valuable experience in the classroom and really wants students to not only learn, but to enjoy the process.

Her feminist theory course this year is going to be an exciting challenge because it had a generic title in the course listing so when people were signing up, they didn’t know the exact nature of the subject matter.  In the past when she has taught the course, the classroom was composed of primarily women.  This time, it is composed of primarily men.  So she is excited to see how the classroom discussions will go and how the perspectives of the group might be different than what she has done in the past.

Prior to coming to Columbus, Professor Valdez had heard some stereotypes of the Midwest but upon her arrival, she has been pleasantly surprised at everything Columbus has to offer as a city.  She enjoys going to the movies and seeing foreign films and she has been able to see everything she has wanted here which she didn’t expect.  She also loves how campus is in the middle of the city and how all of the neighborhoods have their own unique personalities.

We are excited to welcome Professor Valdez to the department, please stop by and introduce yourself to her!