Collegiate Council on World Affairs: A Year in Review

Collegiate Council on World Affairs: A Year in Review 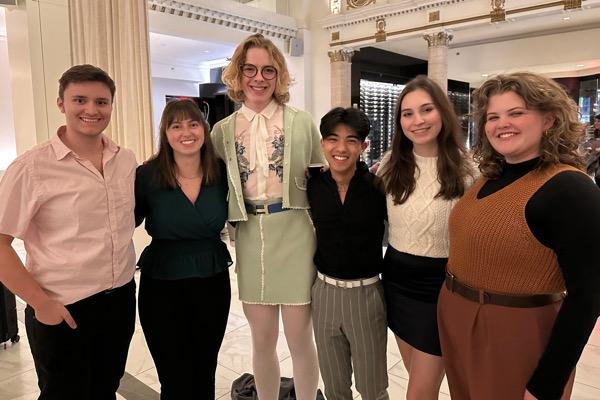 As 2022 comes to a close, Ohio State’s Collegiate Council on World Affairs (CCWA) reflects on their organization’s many noteworthy experiences. Over the course of the year, CCWA has welcomed over 20 new members, all while hosting weekly meetings that included faculty presentations, student presentations, and community speakers.

Some highlights from the past twelve months include hosting Professor Ana Galvão, from the Federal University of Minas Gerais, to discuss race and education in Brazil. The Model United Nations (MUN) team, included within CCWA, raised over $150 for the Women’s Fund of Central Ohio as a part of their semester-long focus on women’s reproductive rights.

This coming March, CCWA will be hosting their annual Model United Nations Conference for high school students, MUN@OSU, on campus. In 2021, the conference was virtual and had over 100 attendees. CCWA is expecting two to three times this number for their event this March. The OSU Model UN team also plans to attend four highly regarded upcoming conferences for the spring 2023 semester, at Harvard, UC Berkeley, the University of Chicago, and the University of Virginia.

When asked, members of the Collegiate Council on World Affairs mentioned some primary goals for their organization for the upcoming year: