Welcome to the Casper Symposium

The Casper Symposium was endowed by Sheldon Robert Casper, a prominent Ohio attorney, to honor the memory of his parents. The Symposium aims to discuss an important policy question from several points of view. 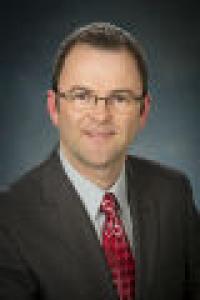 Dr. Christopher F. Gelpi (Ph.D., University of Michigan, 1994) is Chair of Peace Studies and Conflict Resolution at the Mershon Center for International Security and Professor of Political Science at The Ohio State University. His primary research interests are the sources of international militarized conflict and strategies for international conflict resolution. He is currently engaged in research on American public opinion and the use of military force, and on statistical models for forecasting military conflict and transnational terrorist violence. He has also published works on American civil-military relations and the use of force, the impact of democracy and trade on international conflict, the role of norms in crisis bargaining, alliances as instruments of control, diversionary wars, deterrence theory, and the influence of the international system on the outbreak of violence. He is author of The Power of Legitimacy: The Role of Norms in Crisis Bargaining (Princeton University Press, 2002), co-author (with Peter D. Feaver) of Choosing Your Battles: American Civil-Military Relations and the Use of Force (Princeton University Press, 2004). and co-author (with Peter Feaver and Jason Reifler) of Paying the Human Costs of War: American Public Opinion and Casualties in Military Conflicts (Princeton University Press, 2009). Some of his other works have appeared in the American Political Science Review, International Security, International Studies Quarterly, International Organization, the Journal of Conflict Resolution, the Journal of Peace Research, Political Behavior, American Behavioral Scientist, Political Science Quarterly, and Public Opinion Quarterly. 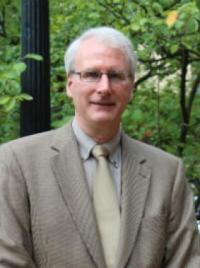 Dr. Richard K. Herrmann (Ph.D., Pittsburgh, 1981), Professor, concentrates on international relations, international security, and political psychology.  He was the Director of the Mershon Center for International Security Studies. He has written on the role of perception and imagery in foreign policy as well as on the importance of nationalism and identity politics in world affairs. His areas of interests include American foreign policy and the politics of the Middle East and Russia. He has served as a Council on Foreign Relations Fellow on the Secretary of State’s Policy Planning staff in Washington D.C., and is the author of Perceptions and Behavior in Soviet Foreign Policy. He has published numerous articles in journals including American Political Science Review, World Politics, International Organization, International Security, International Studies Quarterly, American Journal of Political Science, Journal of Conflict Resolution, The Journal of Personality and Social Psychology, and Political Psychology.  From 1989-1994 he served as co-editor of the International Studies Quarterly.

Managing Director of The Washington Institute 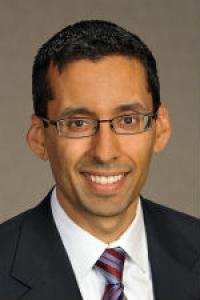 Michael Singh is the managing director of the Washington Institute for Near East Policy, a nonpartisan think tank dedicated to advancing American interests in the Middle East.  Mr. Singh was senior director for Near East and North African Affairs at the White House from 2007-2008, and director for several Middle Eastern countries, including Iran and Syria, on the NSC staff from 2005-2007.  Earlier, Mr. Singh served as special assistant to Secretaries of State Colin Powell and Condoleezza Rice, as well as staff aide to US ambassador to Israel Dan Kurtzer.  He co-chaired Gov. Mitt Romney’s State Department transition team in 2012, and served as a Middle East advisor to the Romney presidential campaign from 2011-2012.  Mr. Singh has served as an adjunct fellow at the Belfer Center for Science and International Security at Harvard’s Kennedy School of Government and as an economics instructor at Harvard College, and is also a senior advisor to Callaway Capital Management, an investment firm specializing in frontier markets.  His writings have appeared in the Washington Post, New York Times, Wall Street Journal, Foreign Affairs, the Economist, International Security, and elsewhere, and he has appeared as a commentator on CNN, NBC, Fox News, and other outlets.  Mr. Singh earned his bachelor’s degree in economics summa cum laude from Princeton University and an MBA with high distinction (Baker Scholar) from Harvard University. 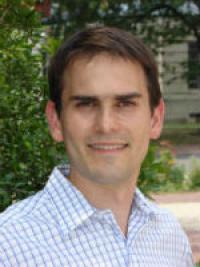 Dr. Alexander Thompson (Ph.D., University of Chicago) is Associate Professor of Political Science and a Faculty Associate of the Mershon Center for International Security Studies at Ohio State University.  Thompson has research and teaching interests in the area of international relations, with a particular emphasis on the politics of international organizations and law.  His book, Channels of Power: The UN Security Council and U.S. Statecraft in Iraq (Cornell University Press, 2009), explores why the United States sometimes channels its foreign policies through international organizations and other times acts alone.  Channels of Power has won two awards, the International Studies Association’s Chadwick Alger Prize and the J. David Singer Book Award from ISA-Midwest.Most of Thompson’s research addresses the question of why states create and how they design institutions at the international level.  Recent and ongoing projects focus on the evolution of the global climate regime, the negotiation and ratification of international investment agreements, legalization in the world trade, the politics of multilateral weapons inspections, the determinants of international organization performance, and the enforcement of international law. He also writes and speaks on the question of unilateralism versus multilateralism in U.S. foreign policy.  His articles have appeared in various journals, including International Organization, International Studies Quarterly, the Journal of Conflict Resolution, the Journal of Legal Studies, the European Journal of International Relations, the Review of International Organizations, Climatic Change, International Theory, and the Policy Studies Journal.Thompson enjoys teaching and has been honored with the Political Science Department’s Outstanding Teaching Award (2011) and as a Finalist for the College of Arts and Sciences Outstanding Teaching Award (2005).  Among his administrative duties, he served as his department’s Director of Graduate Studies and co-directs the Globalization Workshop at the Mershon Center. More information on Professor Thompson's research and teaching can be found on the Political Science website.