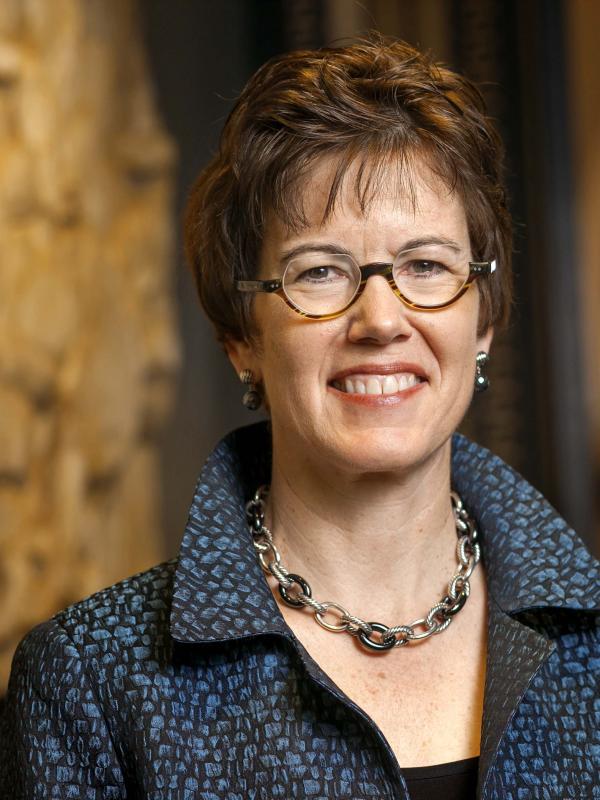 Executive Dean and Vice Provost, College of Arts and Sciences

Gretchen Ritter, a leading expert in the history of women's constitutional rights and contemporary issues concerning democracy and citizenship in American politics, has been appointed executive dean and vice provost for The Ohio State University College of Arts and Sciences.

Ritter joins Ohio State from Cornell University, where she served as the Harold Tanner Dean of Arts and Sciences from 2013 to 2018 before returning to the faculty. Ritter was the college's first female dean. She previously served as vice provost and professor of government at the University of Texas at Austin. She has also taught at MIT, Princeton and Harvard.

“I’m thrilled with the opportunity to join Ohio State, which has such a strong sense of mission as a land-grant institution,” Ritter said. “I have a keen sense of responsibility as dean of the largest college at Ohio State and am excited to work with the college leadership, faculty and staff to build on the strengths of the College of Arts and Sciences.”

The College of Arts and Sciences is often called the academic hub of Ohio State. The college is home to 38 academic departments and schools, more than 20 centers and institutes, and more than 80 major programs.

The college delivers nearly half of all credit hours on the Columbus campus across the arts, humanities, and social, behavioral, natural and mathematical sciences. More than 17,000 undergraduate students, 2,600 graduate students and nearly 1,400 faculty are a part of the College of Arts and Sciences.

“We are excited to welcome Gretchen to the Ohio State community,” McPheron said. “The College of Arts and Sciences represents the fundamental heart of the disciplines that make any great university. I believe that the future of Ohio State is tied to the vibrancy of the College of Arts and Sciences and, as executive dean, Professor Ritter will help lead the college forward. In addition, as vice provost, she will participate in the shared leadership of the academic enterprise, including the implementation of the university’s Strategic Plan.”

Ritter received her bachelor’s degree in government from Cornell and a doctorate in political science from MIT. She has written numerous articles and essays, and written two books: The Constitution as Social Design: Gender and Civic Membership in the American Constitutional Order and Goldbugs and Greenbacks: The Antimonopoly Tradition and the Politics of Finance in America, 1865–1896. She also co-edited Democratization in America: A Comparative and Historical Perspective.

At Cornell, Ritter emphasized a renewed commitment to undergraduate education that embraced engaged learning models and incorporated emerging technologies and experiential learning. Ritter also prioritized efforts to improve both external and internal communications, and she has overseen the most successful increases in the annual fund in the history of the college.

“I am passionate about the importance of public higher education and deeply committed to the mission of the arts and sciences,” she said.

Ritter is the recipient of several fellowships and awards, including a National Endowment for Humanities Fellowship, the Radcliffe Research Partnership Award, and a Liberal Arts Fellowship at Harvard Law School.