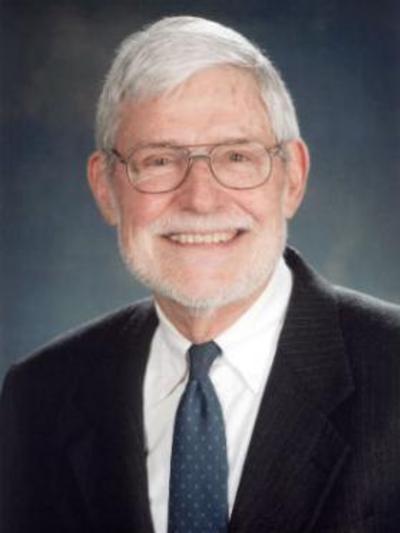 Randall Ripley joined the Department of Political Science at Ohio State in 1967.  Before then he had been a teaching fellow at Harvard University, an intern in the U.S. House of Representatives, and a research fellow and staff member at the Brookings Institution in Washington, D.C. He earned his Ph.D. from Harvard in 1963.

He came to Ohio State as an Associate Professor and was promoted to Professor in 1969 when he became Department Chair.  He served as Chair until 1991.  He became Dean of the College of Social and Behavioral Sciences in 1992 and served until 2004.  He formally retired from the Department in 2005, although he has continued to teach three courses annually since then.  He was also affiliated with the Mershon Center from 1967 until 1993.

His teaching and research foci have been primarily in American politics [especially Congress, the bureaucracy, and the electoral impact of labor unions]; U.S. public policy [e.g. the domestic policy process, the creation and implementation of domestic programs, and foreign and defense policy]; and Canadian politics.

At the March, 2012, commencement Ohio State gave him a Distinguished Service Award.