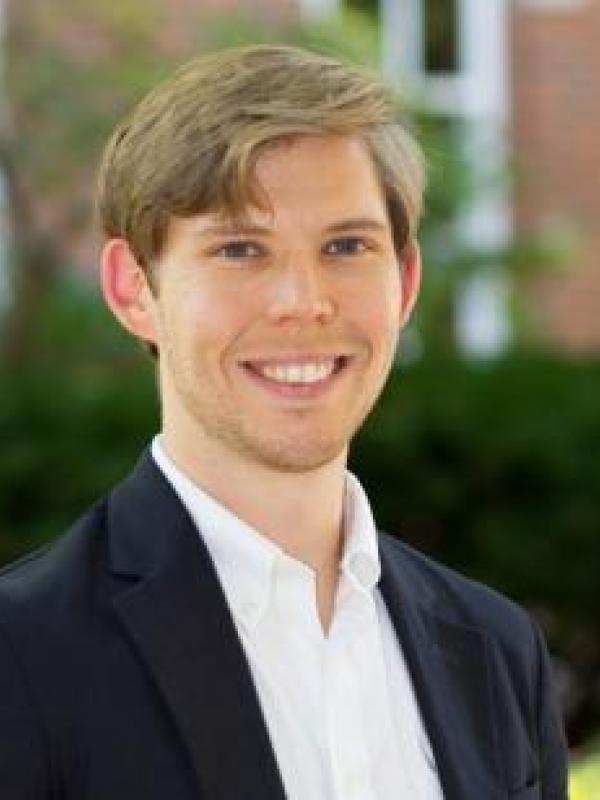 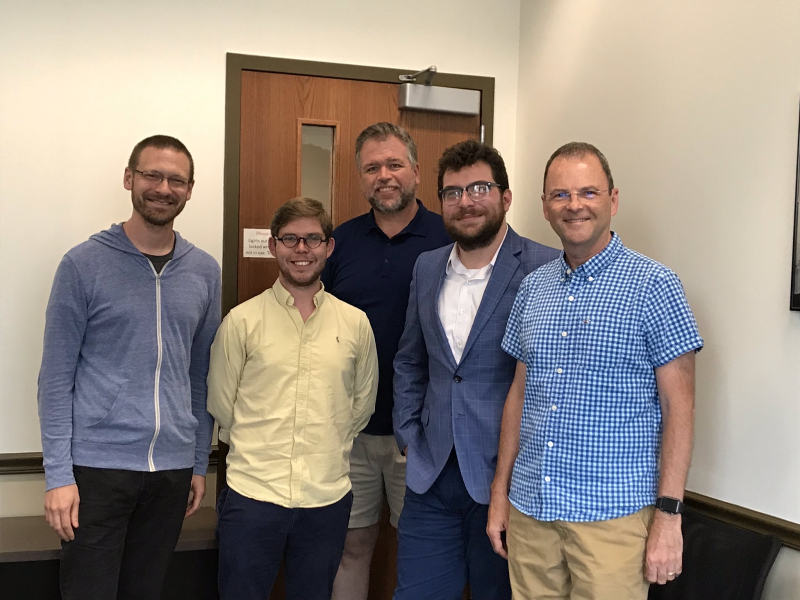 OSU faculty, students and staff in the Department of Political Science are mourning the loss of Brice Acree, who was an assistant professor in that department. Acree died Monday, November 11, in Columbus. He was 32.

Acree began teaching at OSU in 2016 after receiving a doctorate in Political Science from the University of North Carolina at Chapel Hill. He was hired as part of the Data Analytics Discovery Theme (now the Translational Data Analytics Institute) and was an expert on Text and Data, inspiring a significant cohort of collaborators and mentees among graduate and undergraduate students in the Department of Political Science.

“He was an unusual student, because he was quite sophisticated from the start. Reading back my criticism of his papers it is very unusual (for me) in that it is mainly praise,” said Jim Stimson, the Raymond Dawson Distinguished Bicentennial Professor of Political Science Emeritus at the University of North Carolina at Chapel Hill, and Acree’s dissertation advisor. Stimson remembers none of the “tears, anger, or biting criticism” that usually accompany dissertation writing, something that may have led him to get to know Acree a little less well than he wishes he had.

In his dissertation, “Deep Learning and Ideological Rhetoric,” defended in 2016, Acree developed a new technique for measuring ideology from political speeches. The approach he developed in his dissertation furthered political scientists’ understanding of liberal and conservative ideology in American politics. He later expanded on this concept in a forthcoming American Politics Research piece co-authored with Justin Gross, Noah A. Smith, Yanchuan Sim, and Amber E. Boydstun, where he evaluated how candidates presented their policies to a primary versus general electorate. About co-authoring with Acree, Boydstun said that he “was a brilliant and witty co-author. I will miss collaborating with him and getting the chance to know him better.” Acree had planned to take some of the text analysis techniques he had developed and apply them to how media members, politicians, and pundits frame and discuss political issues on the major news networks. If given more time, Acree could have significantly advanced our understanding of political speech in America and introduced novel methodological techniques to our field of study through his own work and his advisees’ research.

But Acree’s influence exceeded academia, as Harry Enten, a senior writer and analyst at CNN and Acree’s classmate at Dartmouth, notes: "[w]hen I was in a pickle at CNN, I called on him to help with The Forecast. He was able to get solid work done fast, and we were able to present accurate forecasts to the audience. You might say he saved my behind. For that and his friendship, I'll be forever grateful."

Acree’s most distinctive character trait was his kindness and genuine investment in his students and colleagues’ research. One of his dissertation committee members, Tim Ryan, Associate Professor at the University of North Carolina at Chapel Hill, shared a story about going to Acree for help with complex statistics that a journal reviewer had asked him to implement, which Acree did, and in the process greatly improved the piece, which they co-authored for the Journal of Experimental Political Science. Acree’s generosity and willingness to invest time learning new methods to help others was broadly acknowledged. Graduate students remark that Brice had a real knack for explaining complex concepts in a simple way and see his legacy alive on all the students he helped. Acree’s kindness showed as well in his parenting. Students remember him showing up at the class he was co-teaching one semester to share the news that his son Theodore had just been born, with pure joy radiating out of him.

“While working with Brice, it became clear to me that he was a creative and dedicated researcher and kind collaborator,” said Jared Edgerton, a graduate student and collaborator of Acree. “Although Brice was a trained Americanist and methodologist, he worked with IR faculty and students, attended network science panels, and was planning to start a project with a comparative politics professor,” speaking to his ability to find interesting projects outside of his main interests, continues Edgerton. Edgerton also remarked on the popularity of Acree among graduate students, despite being a junior faculty member; “there were already several graduate students that worked with him and many others that sought out his advice.”

His influence was equally strong among undergraduate students, who found him to be “an especially good mentor one on one,” said Jill Klimpel, OSU Political Science academic advisor. Students loved his humor and felt comfortable with him, despite the technical subject matter of his courses. One student had decided to pursue a PhD in Political Science because of Acree, Klimpel noted, and his Undergraduate Teaching Assistant Lauren Simpson shared with her how impactful his mentorship had been for her academic life. Ryan Moore, currently a PhD student at Stanford, recounted that “as the first person in my family to pursue graduate education, Brice became an invaluable mentor for me when I decided I might want to apply for a PhD.” “Brice was always incredibly generous with his time, bouncing around research ideas, fielding questions about statistics, or helping with application documents, but would also frequently send an email or text to see how things were going. I wish Brice could have the opportunity to touch the lives of even more students, but I am deeply grateful he was able to influence mine.”

“It is a big loss for our department,” said Greg Caldeira, department chair and Distinguished University Professor.  “He was a sought-after instructor and mentor and was quickly developing a devoted following.”

Acree is survived by his wife, Lauren Acree, and their son, Theodore.

OSU is planning a public event to commemorate Acree in the Spring of 2020. Details will be announced at a later date.